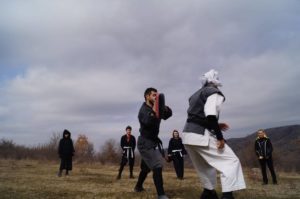 Author koryuPosted on февруари 16, 2017Categories Uncategorized
The last weekend in February for the fourth year in a row will be reserved for the seminar called “Haragei”. At the same time the warriors of the Organization  „Taiyou e no Michi“, use this event to welcome the spring as it is fitting – in nature.
Hara (腹 ) is a Japanese term for a stomach, and Gei (芸) means art. However, in the martial arts this word bears another meaning, one of an inner and outer communication through discovering one’s self and the changes happening around us in due time. Zen teachers taught centuries ago that breathing with the Hara (stomach) clears the mind from any thoughts and enables a deep view in the inner self. Exactly that insight of the inner and outer changes is believed to grant the warrior a chance to recognize the danger and react to it at the same time. The famous zen monk, Takuan Soho, called this type of training for cultivation the inner energy an „exercise for the immovable mind“.
Imagine a situation, You and Your opponent are two meters apart with pointed katanas at each other’s hearts. The tension increases and only one untimely breath or one blink of an eye could separate you from life and death. To recognize the attack, to feel the moment when you should react is the key.
This year for the fourth time, instructor Igor Dovezenski will teach his students how to amplify their attention, and with that improve their martial capabilities.
Day: 26.02.2017 (Sunday)
Place: Elenac
Program:
08.00 hours – leaving from Skopje
09.00 hours – arrival
09.00 – 16.00 – theoretical and practical part
17.00 – starting back
This seminar is open only for the members of Taiyou e no Michi, but you could participate only with a recommendation from a person that nurtures friendly relations with our dojo. Questions and applying on e-mail, by phone, in the dojo, or on the Forum. 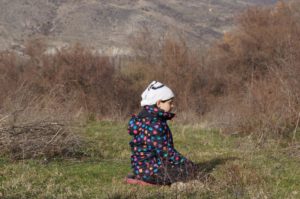 Author koryuPosted on февруари 13, 2017Categories Uncategorized
Shidoshi Igor Dovezenski held the third in a row “Shinobi Taiso” seminar in the Skopje dojo of Bujinkan Macedonia. Besides the members of the Organization “Taiyou e no Michi”, in the event also took part professors from the Natural-Mathematical Faculty from Skopje, as well as students of medicine from the University “Saint Kiril and Metodiy”.
The twenty participants in the event had the opportunity  to learn in detail the techniques for managing the pain in the lower part of the back, but the rest of the body was not left out, including  the shoulders, elbows, as well as the joints of the arms.
Right after the event, sempai Todor Angelovski published his impressions of the event on the internet Forum of Bujinkan Macedonia.
“This was the third seminar on the topic of ‘Shinobi Taiso’ that was held in Skopje. I have been part of all of them and I remember the techniques quite well. Before the first event of this type was held, Sensei held a lecture in the barracks at NMF, somewhere in December of 2011. That was after his injury, and he talked about  recovery and the reasons for the creation of this system.
The first seminar was held in January, 2012, in the gym of the school ‘Brother’s Miladinovci’ and it was introduction to the system through the presentation of different exercises. The second events was in November, 2015, and the topic was ‘Junan Taiso’ meaning techniques of stretching the body. And then Sensei presented us with a lot of new exercises, he also of stretching the body. And then Sensei presented us with a lot of new exercises, he also taught us about muscle balance, as well as the great importance of stretching the body.
The day before yesterday, the number of excurses was smaller, but they were taught with attention to detail and to the highest professional level. Problems with ‘hiperlordosis’ and ‘hipolordosis’ were worked through in detail, as well as ways of prevention and healing of the same. But I have to point out that although the topic is always the same, each seminar brings different information and techniques. Each and every one of us can gain some minimal level of knowledge that he can use to help himself. Not to mention how useful this is for the members who have chosen to specialize this system and visit the intense seminar for Shinobi Taiso in the Homby Dojo. I am glad for those who took interest and are improving  themselves in this  field. As Sensei often says, he who is regular and attends for long enough in the dojo, will learn a lot and will accumulate a great store of knowledge.

Author koryuPosted on февруари 8, 2017Categories Uncategorized
In the Skopje dojo of Bujinkan Macedonia, this Sunday another Jissen Heiho seminar was held , in which participated fifteen members of “Taiyou e no Michi”.
The event was actually a continuation of the December Jissen Heiho , and so it was logical that the subheading should read “The Next Step”.
Contrary to the previous event, when the instructor Dovezenski taught more about the poses of the body, as well as the basic punches and blocs with the arms and legs, this time combinations of already known techniques were practiced.
For four entire hours, the members of the dojo mercilessly and relentlessly threw themselves at the training, and in the end everybody went home happy, knowing that their tehniaues have been elevated a level.
The next seminar in the Skopje dojo will be on the topic of: Shinobi Taiso. 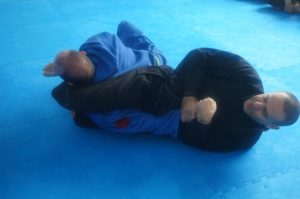 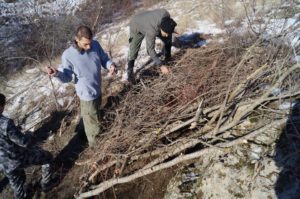 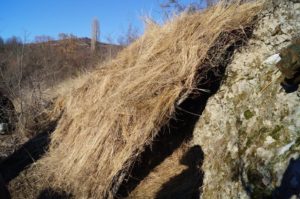